A Complete Guide to the Moscow Mule 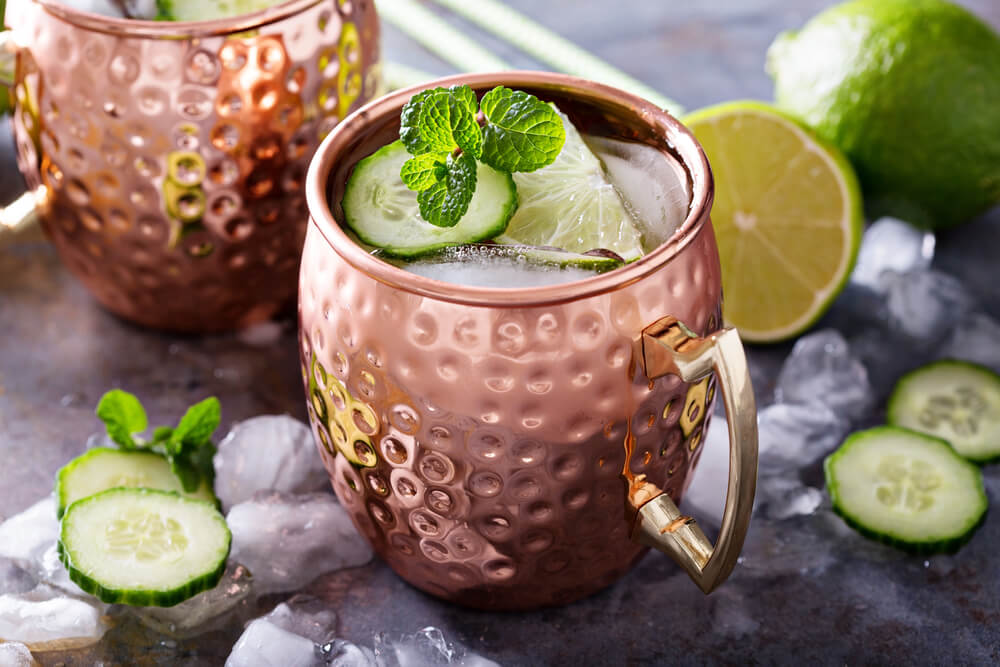 Do you like cocktails? Of course you do! Who doesn’t? Have you heard of the Moscow Mule before? Moscow Mule is a cocktail made of Vodka, ginger spice beer, and lemon juice. This is the main recipe, but you have a lot of Moscow Mule variations, such as Spicy Mule, English Mule, French Mule, Irish Mule, Kentucky Mule, etc.

History of the Moscow Mule

The recipe was created in 1939 in the US. The company Smirnoff was in trouble, as they were worried about losing money. John Martin bought the rights of the company. At the time, his friend had a bar in Hollywood and he was trying to create his own beer – Bundaberg ginger beer. Both of them were having difficulties selling the products; one with big stock of ginger beer he could sell and another deemed a mad person because he was trying to sell a Russian drink in the United States.

Then, as always, a woman came to this story, Sophie Brezinski. She was an heiress of a copper manufacturer in Russia where they produced copper mugs. The product had quality but they couldn’t sell. Sophie’s father sent her to the US to try to sell 2000 mugs. She went door to door trying to sell them. Then she arrived at the Cock’n’Bul where the gents were trying to sell their products. This union took off immediately. They started to sell the product in an original Russian cup, which could keep the drink cool. From then on, the Moscow Mule started growing in popularity.

The Moscow Mule Variations and Recipes

Don’t forget that the original Moscow Mule must be served in a copper mug.

Put the ice in the cup, mix until the cup gets cold. After that, remove the water and add vodka, lemon, and Bundaberg ginger beer. The cup must be full.

Keep in mind that ginger beer is the last one to add to the mix.

Besides this original recipe, there are plenty of other Moscow Mule variations such as Spicy Mule, English Mule, French Mule, Irish Mule, Kentucky Mule, etc.

This Recipe was created by Marcello Serrano.

To prepare the ginger foam you have to use a mixer. After you beat all these ingredients and make a foam, leave it in the refrigerator until you finish the other mixture. Prepare the recipe for the cocktail and then top it off with ginger foam.

Mix all the ingredients in a cocktail shaker, except for the ginger beer. After you finish shaking, pour in a cup covered with ice and then complete with the ginger beer. Garnish with sliced lemon and mint leaves.

You can find many recipes to make your Moscow Mule, be that English Mule, French Mule, Irish Mule, Kentucky Mule, or your own concoction.  Of course, if you’re looking to try the ultimate cocktail selection when it comes to this fine beverage, don’t hesitate to pay us a visit at Glass & Vine. Situated in the picturesque setting by the sea in Coconut Grove, we’re positive you’ll find our offers and environment to your liking.