What’s the Difference Between Scotch and Bourbon? 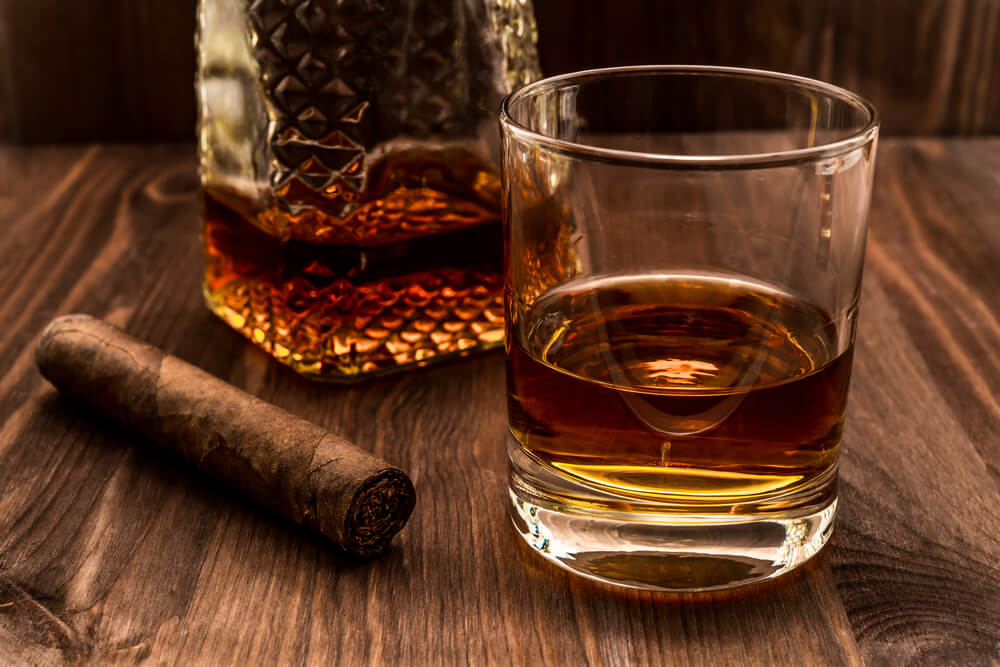 If you know how to enjoy your liquor, you have definitely been a connoisseur of both scotch and bourbon. These two very fine alcoholic beverages are both their own type of whiskey, with a rich history. Even though their base is the same, scotch and bourbon are suitable for different tastes as well as different occasions. In general, when it comes to the difference between bourbon and scotch, it’s a couple of key elements that make the distinction apparent and important for the drinkers.

That said, we can narrow it down to three main differences, namely:

As mentioned, both scotch and bourbon are types of whiskey. Whiskey is a distilled alcoholic liquor obtained from the grain mush which then goes through a fermentation process depending on the target alcoholic beverage. There are many different types of whiskeys available across the globe and all of those varieties can be used for the production of both scotch and bourbon. It’s this variety that provides more flavor profiles for the bourbon and scotch as well. That said, for a liquor to be considered a whiskey, it has to be distilled to 40-94.8% ABV (alcohol by volume).

The Fermentation Process of Scotch and Bourbon

When you decide to buy a bottle of either scotch or bourbon, you can be 100% positive that you’re getting the highest quality alcoholic beverage thanks to the production regulations implemented across the US.

For the alcoholic beverage to be labeled as scotch, the main ingredient of the fermentation process has to be malted barley. What’s more, ingredients such as water and yeast are commonly used when making scotch. It’s not uncommon for the manufacturers to opt for whole cereal grains in order to further adjust the flavor and color of the drink.

In the case of bourbon, the fermentation process has to use a grain mix that contains 51% of corn at least. Manufacturers often use a mix of wheat, barley, and rye in order to create the ideal bourbon brew. 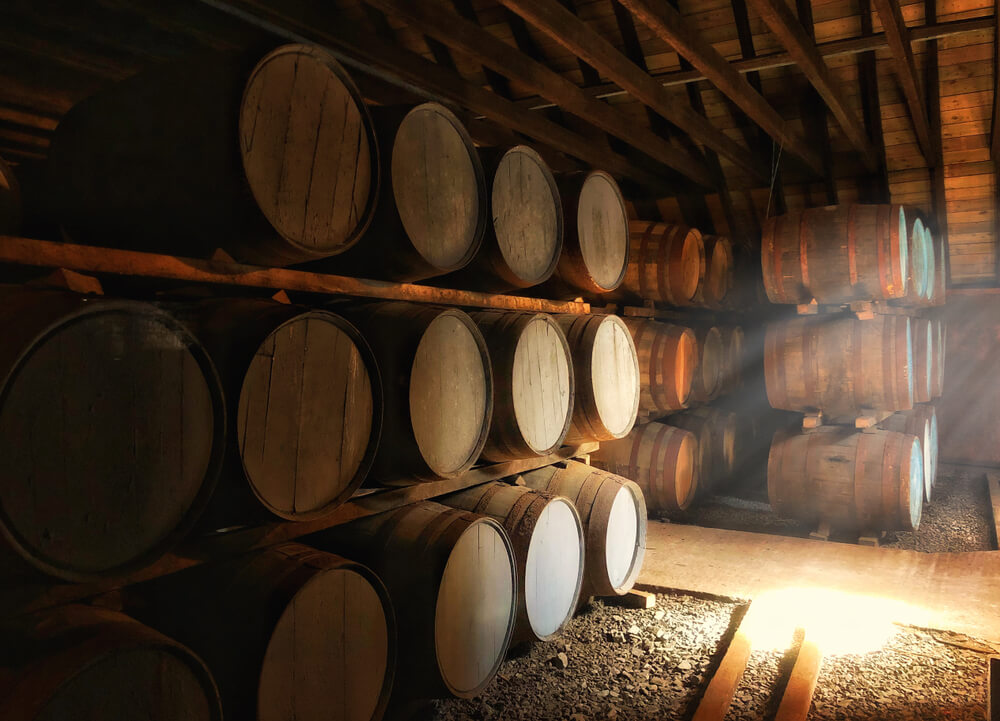 Taste Difference Between Scotch and Bourbon

The biggest difference between scotch and bourbon is their flavor. Due to the fact that different main ingredients are used for the fermentation process of these two alcoholic beverages, their final taste is going to differ significantly.

True, both bourbon and scotch are known to be strong drinks with a typically smoky flavor. However, as mentioned, bourbon tends to be sweeter compared to scotch. This is mainly because of the barrels used to store and produce bourbon, which end up giving it a sort of an oaky vanilla taste.

Scotch, on the other hand, tends to be a lot more intense in its flavor and smokiness due to the burned peat that occurs during the process of malting barley.

Furthermore, scotch and bourbon flavors can also differ depending on the region where they’re produced since different regions tend to use different kinds of whiskey. This is especially evident with scotch as not all regions burn peat for the barley malting process.

The Place of Production

Both bourbon and scotch are popular alcoholic beverages across the world. And, as mentioned, the regulations and classifications tend to be rather strict. However, if you’re set on purchasing the “real-deal” liquor, you might want to pay attention to the place of its production.

When you find yourself in a bourbon and scotch restaurant, don’t hesitate to ask about the varieties of these liquors and even inquire about the origin of production. Not only will you present yourself as a true connoisseur of alcohol but you’ll end up with the most ideal drink that suits your taste and style perfectly.

Another huge difference to keep in mind when choosing between bourbon and scotch is their alcohol content. Namely, for a whisky-based liquor, whether something can be classified as scotch or bourbon will considerably depend on how much alcohol by volume (ABV) they contain, i.e. how intoxicating the drink may be.

During the distillation process, the bourbon has to be at 80% ABV at least, while the ABV has to be dropped to the maximum of 62.5% during the aging process. On the other hand, when scotch is being aged in used oak barrels, it has to be at 94.8% ABV or more. As mentioned, when they’re being bottled, bourbon is often poured at about 40% ABV and scotch at 60-75% ABV.

The Aging Process of Scotch and Bourbon

It’s the aging process of scotch and bourbon that presents the most determining factor for the end flavor and distinction between these two liquors.

For instance, bourbon typically doesn’t have an aging limit. However, if a manufacturer wants to produce the so-called “straight bourbon”, the aging process cannot be shorter than 2 whole years. What’s more, they can’t use any additives in terms of coloring, flavoring, or spirits.

On the other hand, the basic rule when it comes to the scotch aging process is that the liquor has to be aged for at least 3 whole years. Still, there are plenty of different scotch classifications. For example, there’s a single malt scotch produced in pot stills in a single distillery. There’s also the blended scotch whiskey which is obtained from the various combos of whiskeys and malts in column stills.

In the end, the location of the fermentation will also play a significant role in deciding for just how long the liquor should be aged as well as the type of the aging process.

Is Scotch Better than Bourbon?

This is a no simple question to answer. After all, there’s no scientific method that can point to scotch as being better than bourbon, or vice versa. In the end, this is a hugely personal decision that the drinker has to decide for themselves. Generally speaking, people who prefer a sweeter alcoholic taste with a certain level of smokiness will probably prefer bourbon to scotch. On the other hand, people who enjoy their alcoholic beverage really strong, with an intense smoky flavor, are more likely to find scotch more suitable to their taste compared to bourbon.

If you’re up for a glass of your favorite alcoholic beverage, be it the finest quality bourbon or scotch, don’t hesitate to pay us a visit at Glass and Vine. Settled at the picturesque nature of Coconut grove by the sea, we’re certain that you’ll find the charms of our garden restaurant truly relaxing and enjoyable. Feel free to take a look at our Glass and Vine menu to complement your drink accordingly. It is our mission to relieve you from the daily stress and city hustle as well as treat you with a diverse range of flavors.

bourbon vs scotch taste, difference between bourbon and scotch, glass and vine menu, scotch restaurant, taste difference between scotch and bourbon
Previous Recipe for the Best Grilled Salmon
Next 8 Best Whiskey Cocktails You Should Try

Champagne vs Prosecco vs Cava – How to Know the Difference?